I was a pioneer of Bitcoin, I began my adventure mining Bitcoin in 2011. Nowadays there is a huge hype around Bitcoin and in generally speaking around Alternative Coins and Decentralized Finance (#DeFi) but was very geeky at the beginning. It was fun to be able to create some coins with only my computer power. My little capital survived some windstorms like 2014 bitcoin exchange Mt.Gox bankrupt, 2018 speculative financial Cryptocurrency bubble, bitcoin halving, bitcoin forks, Segregated Witness (SegWit), and the upcoming Nov 2020 Bitcoin Cash Node (BCHN). You could find more up-to-date information and chats about Bitcoin and some cryptocurrency mining profitability calculator.

At the time the world was completed different and this technology was known mostly by nerdy geeks. It was possible to mine Bitcoin from your home workstations. The mining program was text only because was focus on performance and not on beauty output so it was very similar to Matrix. The algorithm started to become difficult and difficult so someone thinks to join forces and split the profit with pooled mining. So I joined Slush Pool: Worlds’s first Bitcoin mining pool. My equipment was only a Macbook Pro notebook with Nvidia GeForce 320M model MC374T/A and a dual processors custom made home server.

I was using cgminer, an open-source program optimized for CPU and Nvidia GPU. Believe me or not the GPU superiority was already touchable. Once I reach the payout threshold the mining pool split the gain between the people that shared resources. I was mining the only Bitcoin because at the time was the upstream technology but some friends also tried Litecoin, Monero, Zcash, and the funny Dogecoin that were easy to mine. Some money exchanged also that, some required to convert in Bitcoin. Everything was so vibrant at the time.

Store Bitcoin in a local wallet

I preferred to store my Bitcoin in a local wallet application. This was a wise decision considering February 2014 bitcoin exchange Mt.Gox bankrupt.

I stored my virtual coins in Multibit client since 2011 because it was reliable, open-source project, multi-platform, and local wallet working in the Bitcoin network (BTC).

The only drawback was the requirement to download the full blockchain before being able to execute any operation 16.5GB as of April 2014. An interesting article about the scalability of the Bitcoin Blockchain size. It was a great wallet but deprecated since July 26, 2017. I was storing my Bitcoin in it till November 2020.

Essentially Multibit is a Java application so you only need to type the right command and it will start.

Open your Terminal and type: 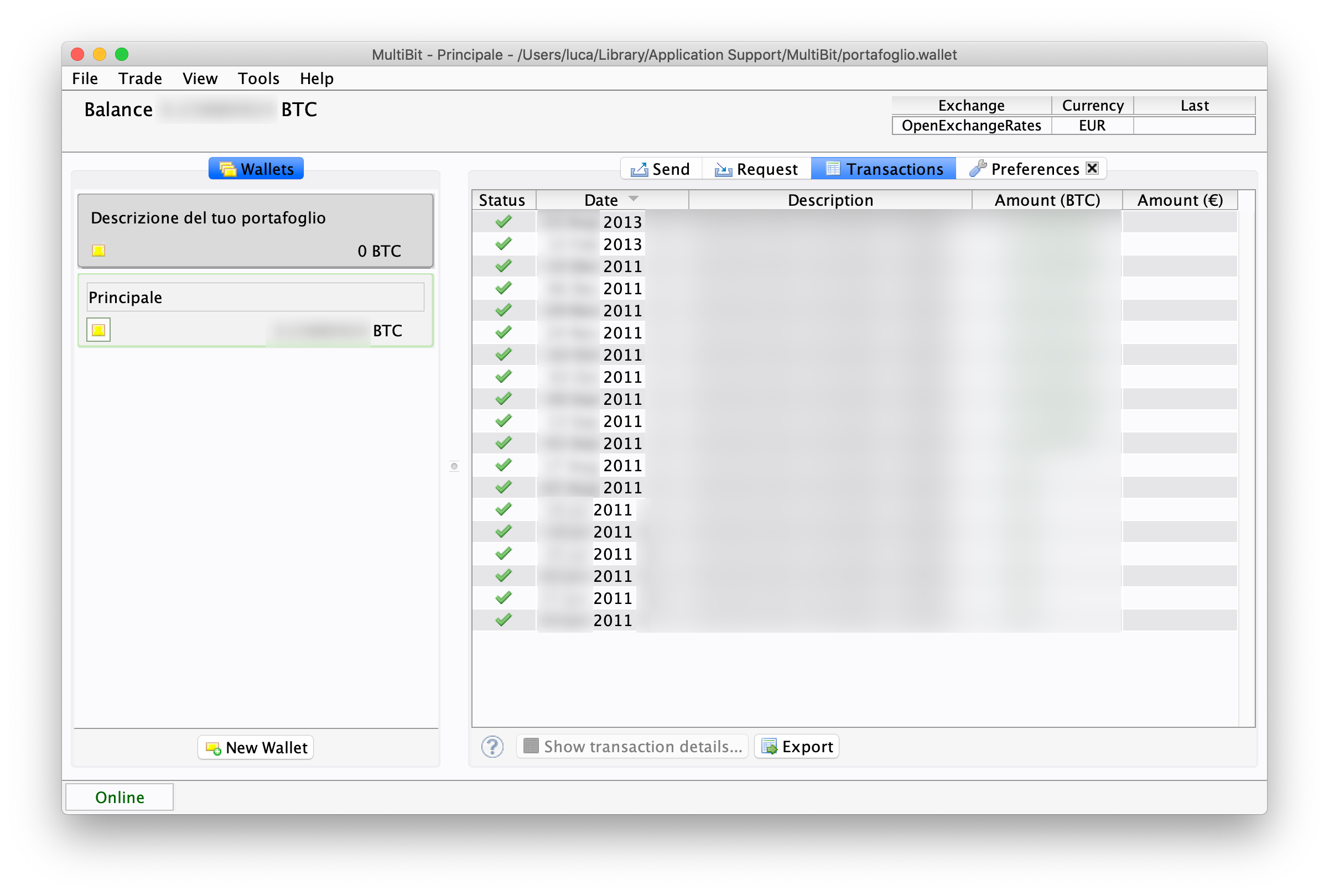 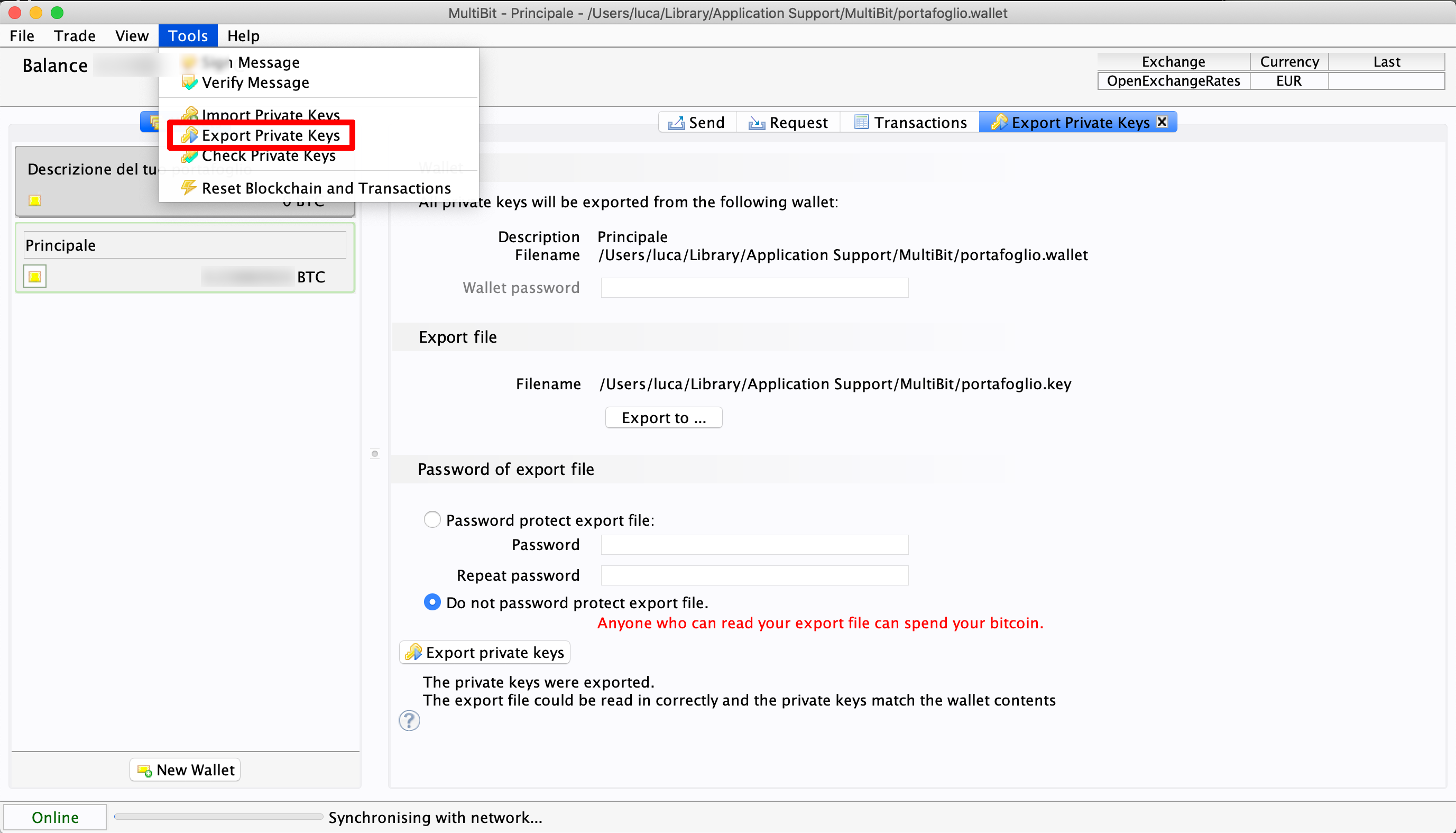 Once you got your private key you’re able to import in a modern client like Electrum.

PyWallet could be a useful tool if you need to handle any old wallet.dat files:

Electrum is a modern wallet to operate in the Bitcoin (BTC) network. 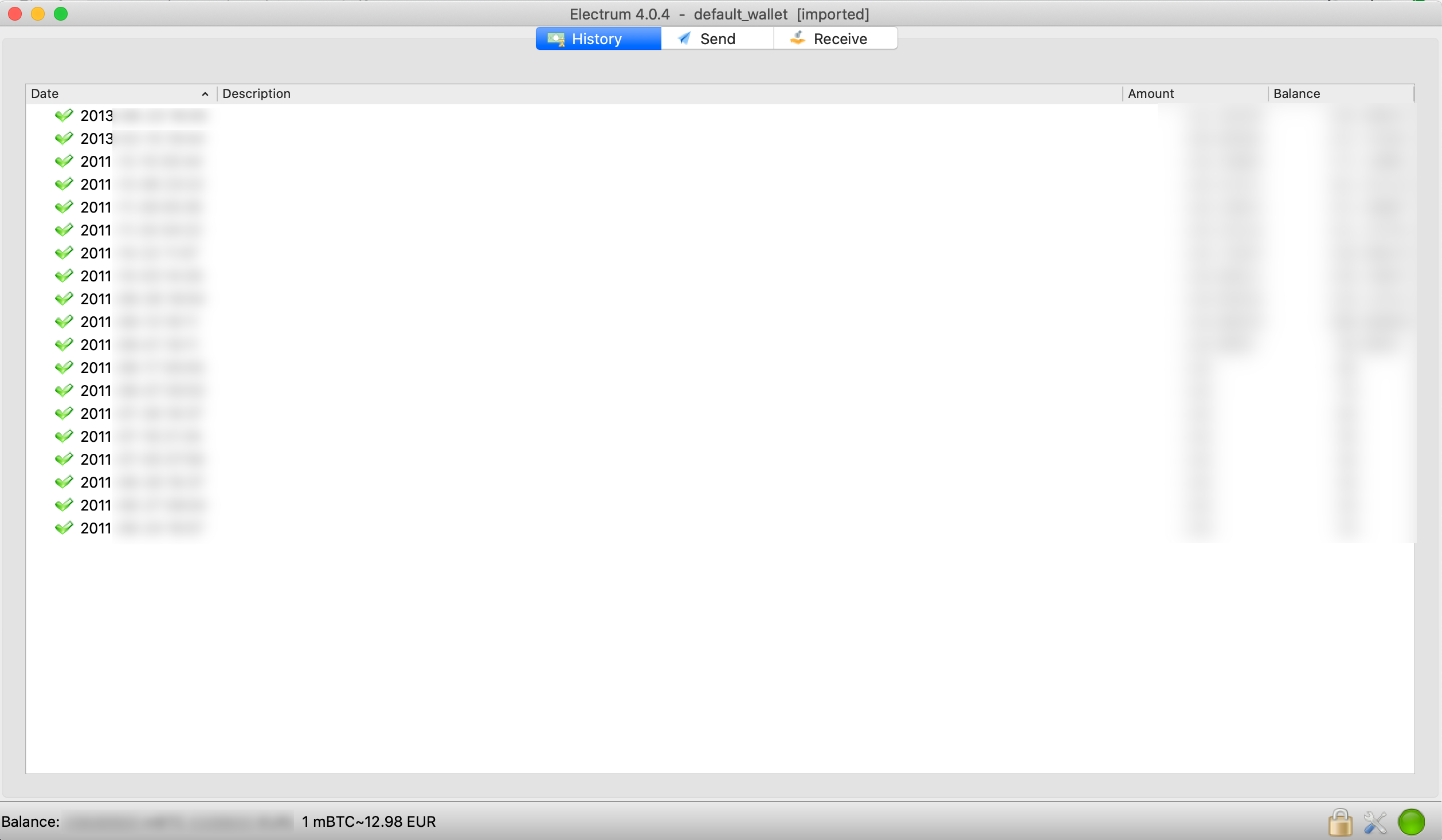 The bitcoin community grows up and also the culture and the discussions about alternative implementations and possible bitcoin forks like Bitcoin XT, Bitcoin Classic, Bitcoin Unlimited. The major discussions are about the scalability of the platform because the Blockchain, the base technology for the registry of any transaction, are becoming huge and CPU intensive. More technical details are inside the Segregated Witness (SegWit).

Since 2011 Bitcoin had a lot of evolution and some fork too. The funny thing is that my keys were so old that are valid in the various networks.

Electron Cash is a fork of Electrum to operate in the Bitcoin Cash (BCH) network. 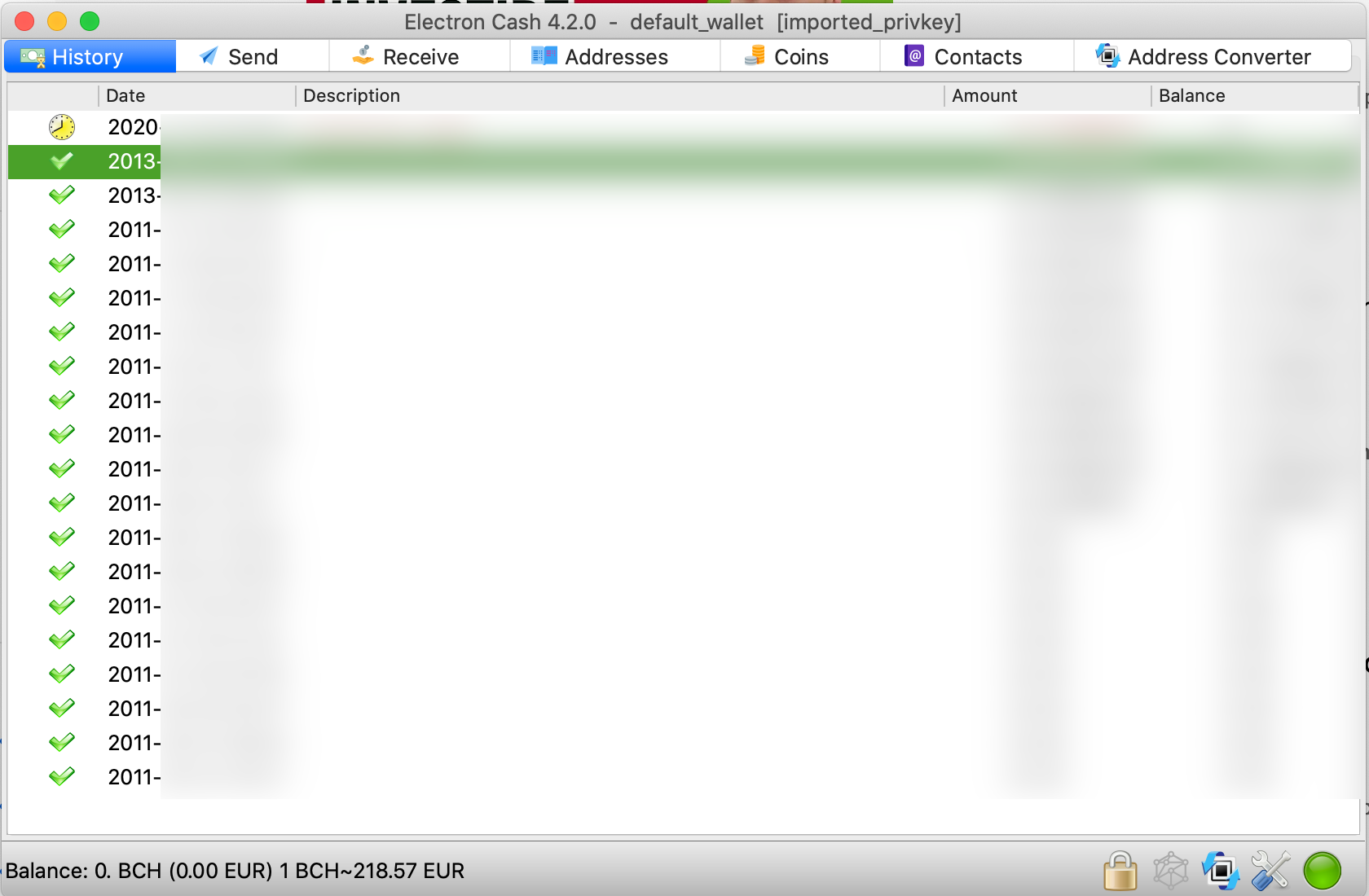 Electrum SV is a fork of Electrum to operate in the Bitcoin SV (BSV) network. 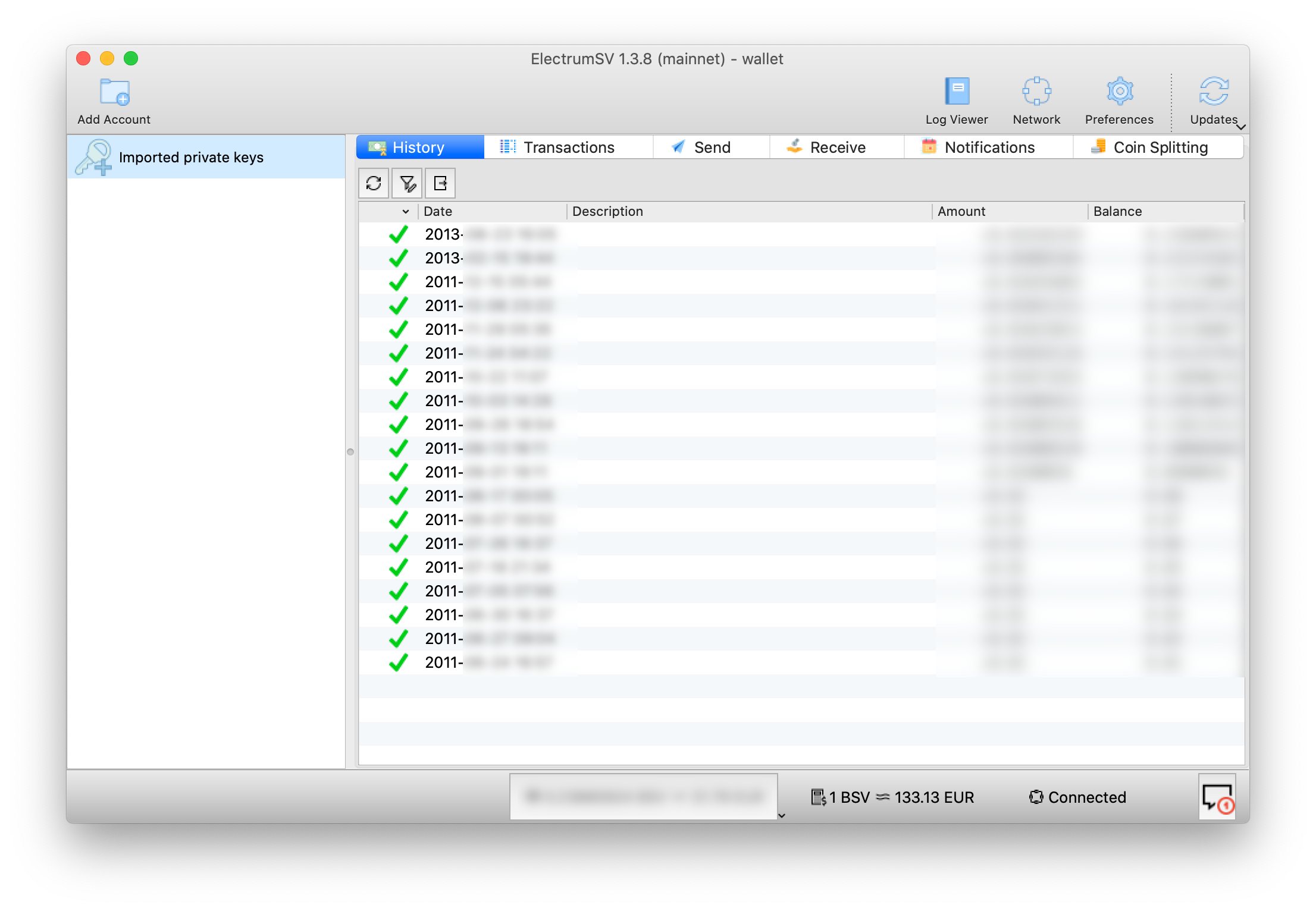 ElectrumG is a fork of Electrum to operate in the Bitcoin Gold (BTG) network. 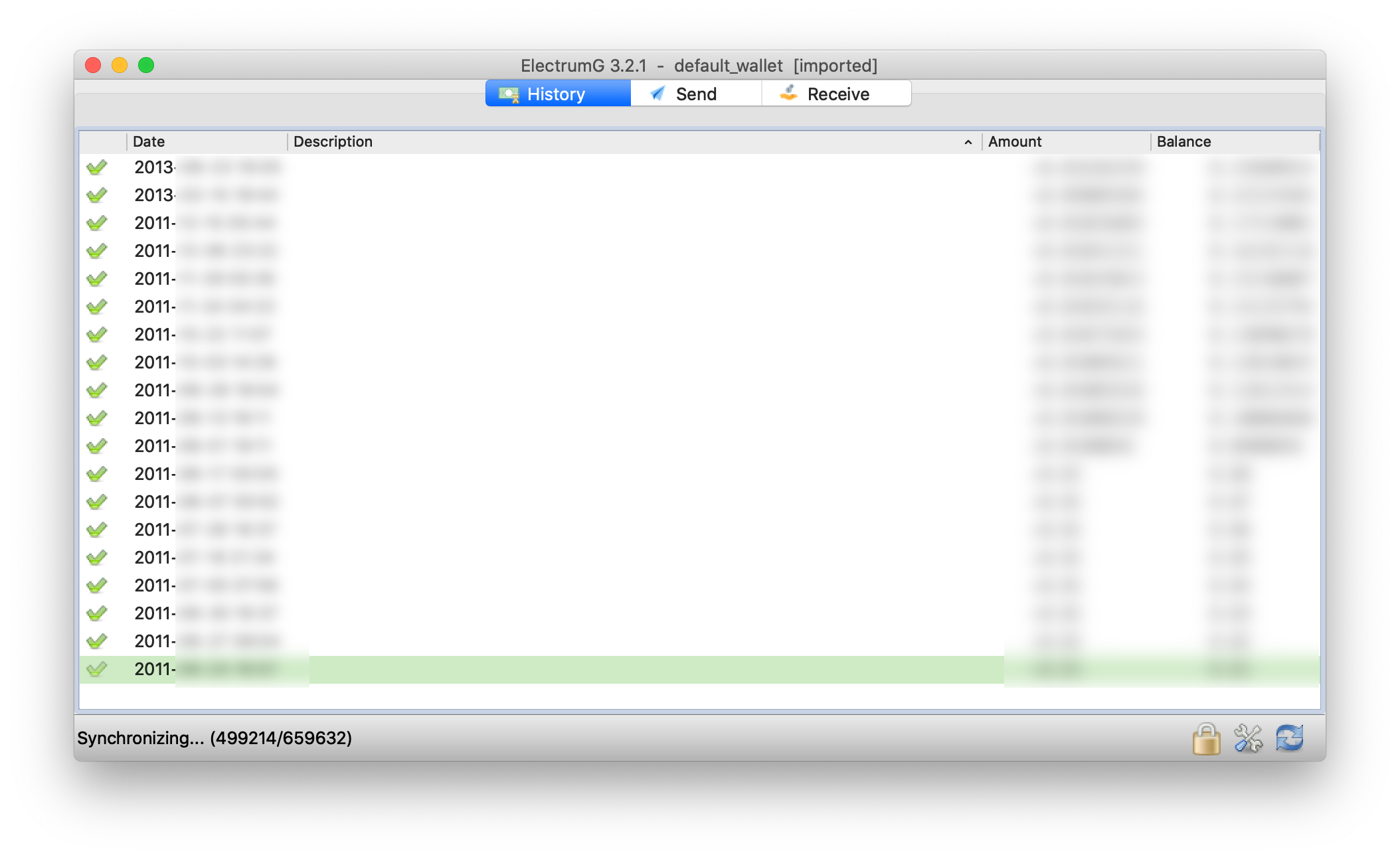 Electrum-BCD is a fork of Electrum to operate in the Bitcoin Diamond (BCD) network. 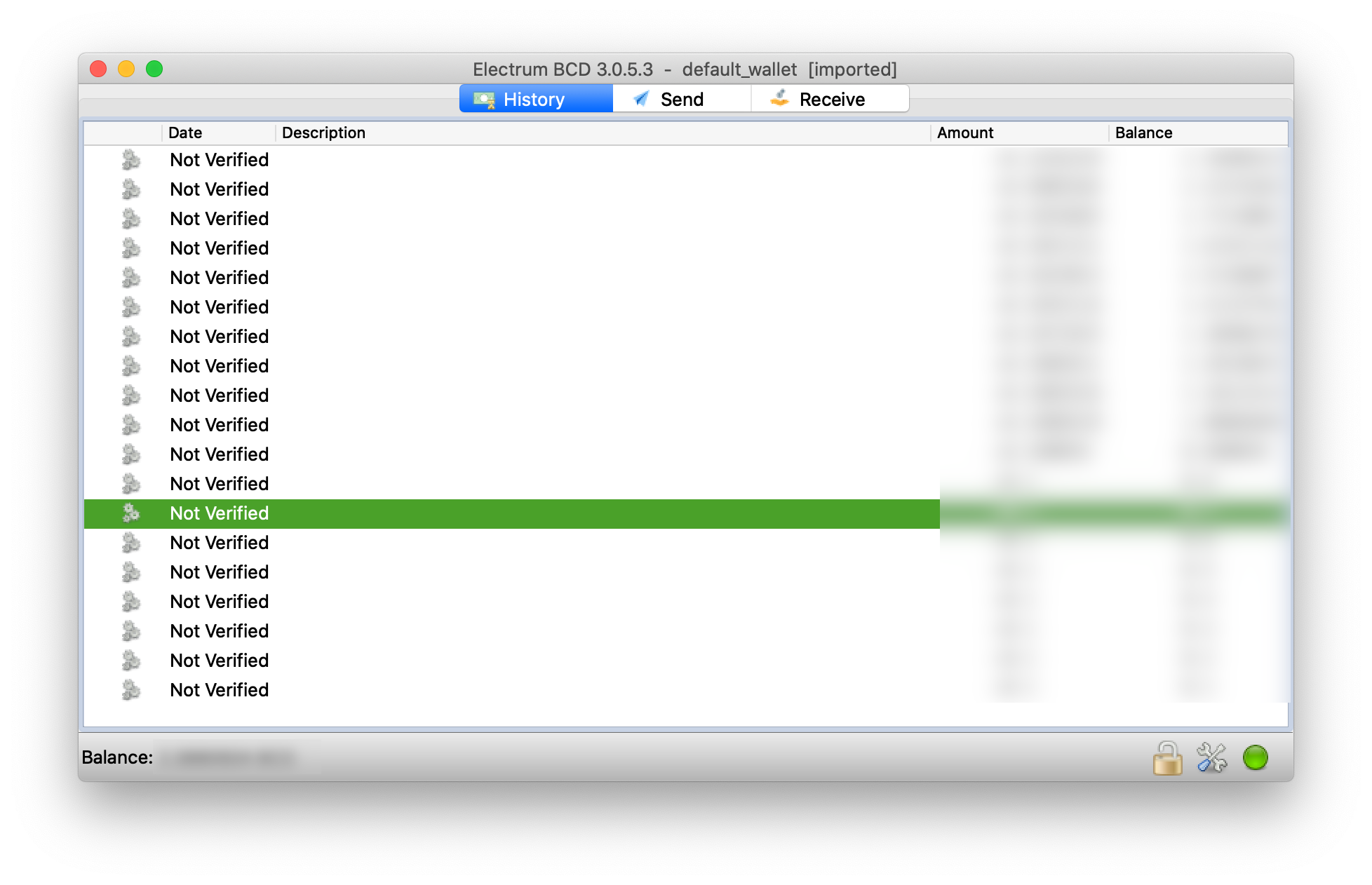